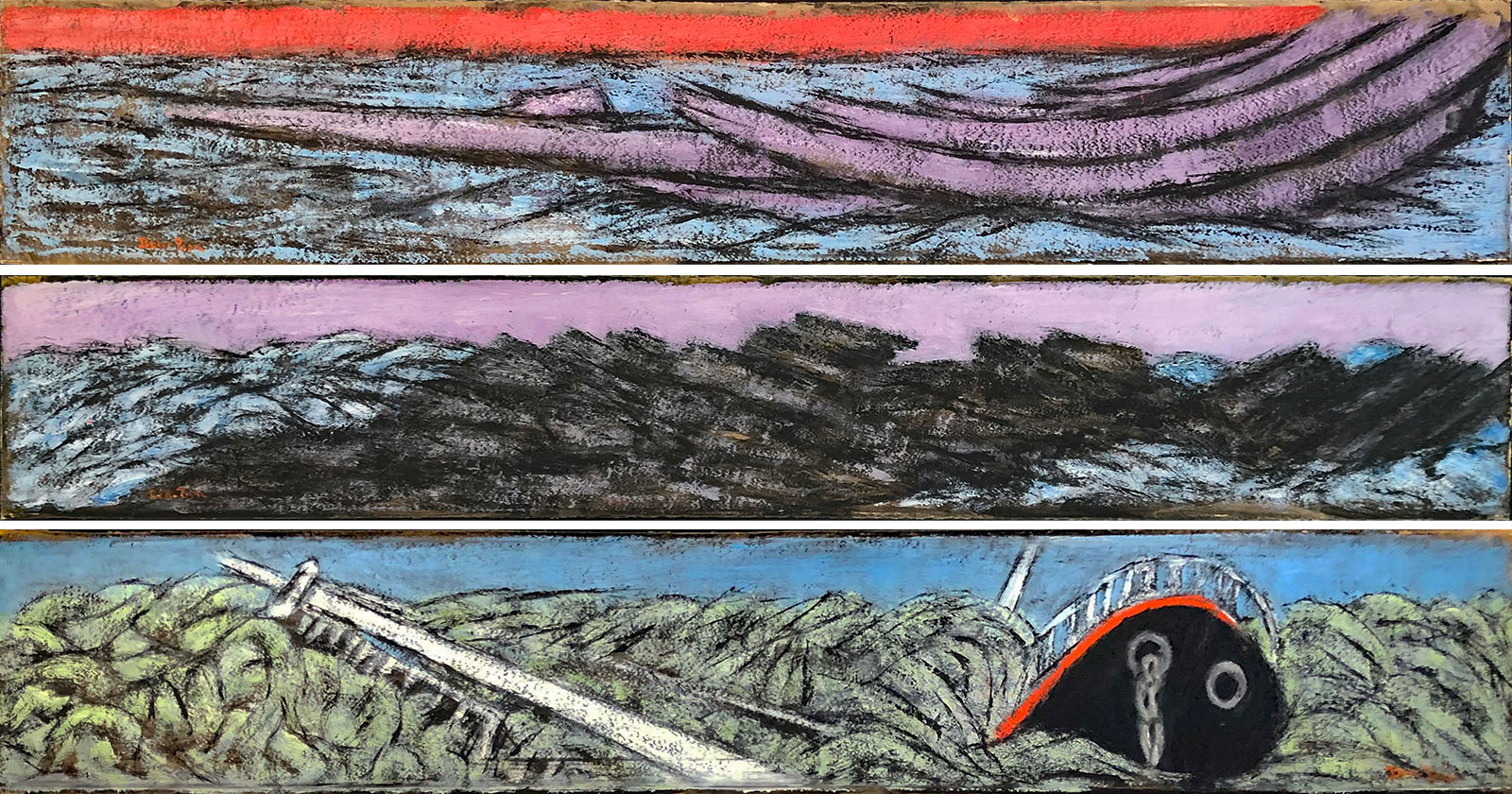 Ben-Zion Weinman was the son of a Polish cantor and composer who raised him for the rabbinate. He became “Ben-Zion” in America after World War I because “to drag around two names is rather too difficult.” His beginnings in America are sketched elsewhere in this catalogue by his wife, Lillian Ben-Zion, but in 1983 he told an interviewer from the Archives of American Art about his discovery by the historic dealer J.B. Neumann.

“I see you coming here from time to time,” said Neumann one Saturday afternoon. “Are you an artist, or are you buying art?” Ben-Zion said he was neither. But Neumann repeated the question several weeks later.

“So I said, ‘I don’t know if you can call that art work,’ ” Ben-Zion recalled, but “I make those small, little drawings [on a writing pad]. And that’s all what I have.” Neumann asked how much he wanted for three of them.

“No,” said Neumann, “and you’ll find out that I’m probably cheating you.” Instead, the purchase launched Ben-Zion’s career.

In 1935 he became a founding member, with Mark Rothko, Joseph Solman, and Adolph Gottlieb, among others, of the famed group of American moderns, The Ten (see “The Ten: Birth of the American Avant-garde,” Mercury Gallery, December 1998). Critics took note at once. The skeptical New York Sun said Ben-Zion painted “furiously” and called him “the farthest along” of The Ten. His The Glory of War was featured in The Ten’s 1938 show, “Whitney Dissenters,” staged to protest the emphasis on regionalism and social realism in the Whitney’s annual exhibits. The Glory of War was “resounding” and “forceful,” Art News wrote.

“Ben-Zion selects philosophical, poetic, psychological or tragic passages from the Bible,” wrote New York Times art critic and Rothko biographer Dore Ashton in 1952, “and endows them with an added spiritual dimension by means of oppressive distortions and imaginative color. In [his] canvases there is an intense and very personal interpretive bias which captures the visual and emotional values of themes without literary overtones.”

His “Biblical pieces,” Joseph Solman wrote in 1997, “are the only profound works in that genre in modern art besides. . . Chagall and the dramatic scenes of Rouault.”

When New York’s Jewish Museum opened in 1948, it was with a Ben-Zion show. Twice more he was exhibited there, including a large 1959 retrospective. The Phillips Collection and The Museum of Modern Art acquired Ben-Zions. The prominent dealer Curt Valentin exhibited Ben-Zion and published his remarkable Biblical etchings.

But when Abstract Expressionism became ascendant Ben-Zion, who viewed all art as abstract expressionism, stopped showing at galleries. He died in 1987, fed up with the art market, inspired as ever by art itself.

Recent shows attest to a revival: at the National Jewish Museum in Washington, New York’s Hebrew Union College, the Mizel Museum in Denver, the Achim Moeller Gallery in New York, at sohomuseum.com (an Internet “exhibition”), and at Boston’s Mercury Gallery.