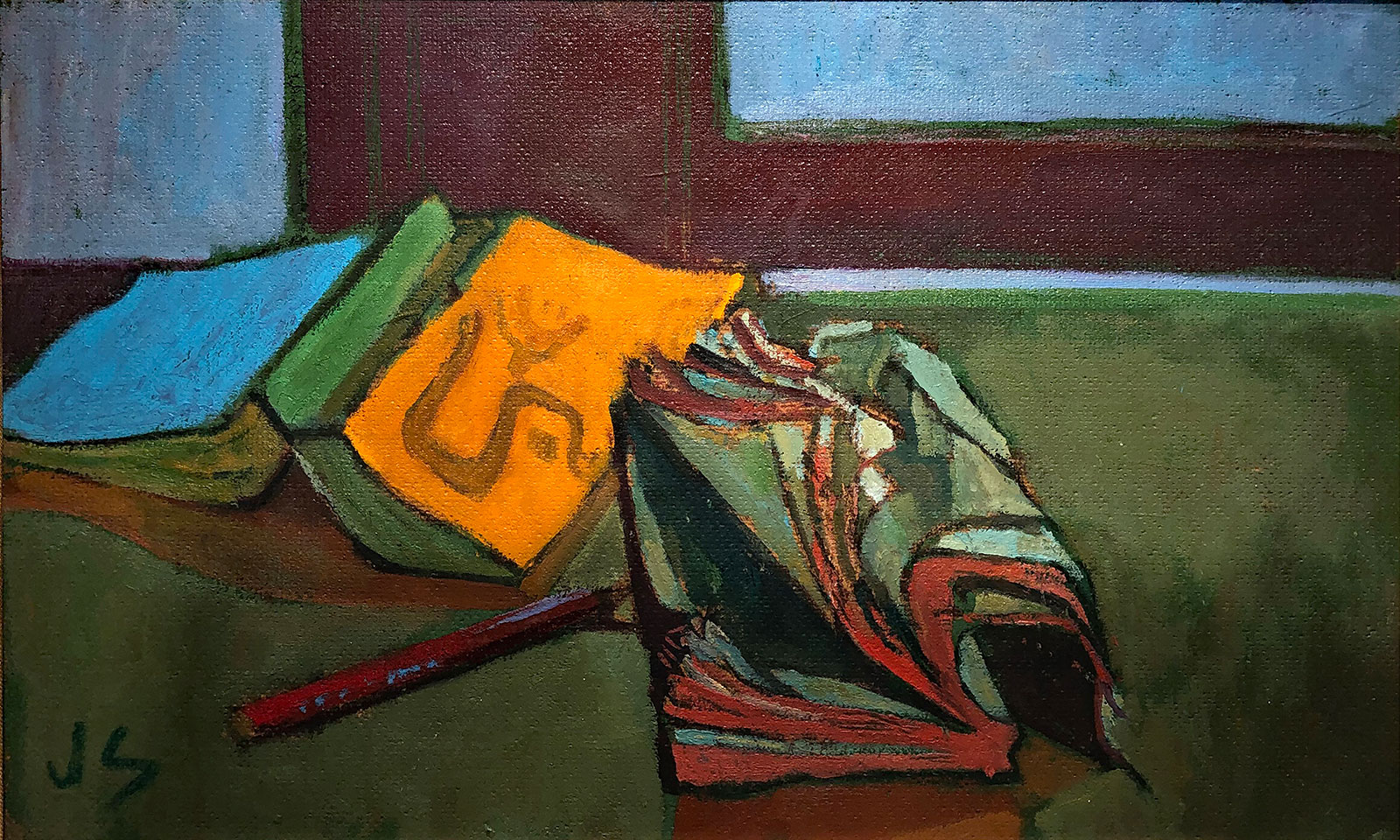 Brought to America from Russia as a child in 1912, Joseph Solman was a prodigious draftsman and knew, in his earliest teens, that he would be an artist. He went straight from high school to the National Academy of Design, though he says he learned more by sketching in the subway on the way back from school late at night: people “pose perfectly when they’re asleep.” In 1929, Solman saw the inaugural show at the Museum of Modern Art featuring Seurat, Gauguin, Van Gogh, and Cezanne. It changed his life – and his art.

In 1934, Solman had his first one-man show, much influenced by the French modern Georges Rouault. One critic was impressed by “the mystery that lurks in deserted streets in the late twilight.” Another noted that Solman’s color had “an astonishingly rich quality that burns outward beneath the surface.”

Joseph Solman was, with Mark Rothko, the unofficial co-leader of The Ten, a group of expressionist painters who exhibited as the “Whitney Dissenters” at the Mercury Galleries in New York in 1938. A champion of modernism, Solman was elected an editor of Art Front Magazine when its other editors, art historian Meyer Shapiro and critic Harold Rosenberg, were still partial to Social Realism. But Solman never believed in abstraction for abstraction’s sake. “I have long discovered for myself,” Solman has said, “that what we call the subject yields more pattern, more poetry, more drama, greater abstract design and tension than any shapes we may invent.” In writing about a purchase of a typical 1930s Solman street scene for the Wichita Museum, director Howard Wooden put it this way: “Solman has produced the equivalent of an abstract expressionist painting a full decade before the abstract expressionist movement came to dominate the American art scene, but without abandoning identifiable forms.”

The subject of three books and included in many more, Solman has focused on themes – from streets to studio to portraiture, back to the streets. All have been hailed. He was a “painter’s painter” (Jacob Kainen, 1937); his street scenes “forceful” (the New York Times, 1940); his interiors were “poetic paintings…forcing the spectator to discover strange beauties in unpromising places” (another Times reviewer, in 1950, dubbed Solman “an intimist”); his first portrait show (1954) was “memorable” and Solman “among the most thoughtful and poetic of American painters” (Art News). In 1964, The Times, discussing his well-known subway gouaches (done while commuting to his some-time job as a racetrack pari-mutuel clerk), called him a “Pari-Mutuel Picasso.” In 1985, on the occasion of a 50-year retrospective, The Washington Post wrote: “It appears to have dawned, at last, on many collectors that this is art that has already stood the acid test of time.”